This is a series done for my master’s thesis named “Disturbances in Memory Space”. The paintings depict local cityscapes in which the geometry has been shifted to appear both familiar and disturbingly unrecognizable. I twist the locations around their vertical axis and merge them into non-existing and impossible panoramas. Painting “Space III” is an exception in this case and features a single panorama created by merging two different cities.

The series is inspired by Kafka’s writing which often uses non-Euclidean spatial geometry to break down structural hierarchies and evoke repressive feelings. The works are highly site-specific and work best when the viewer recognizes the depicted spaces, yet notices that something is amiss. 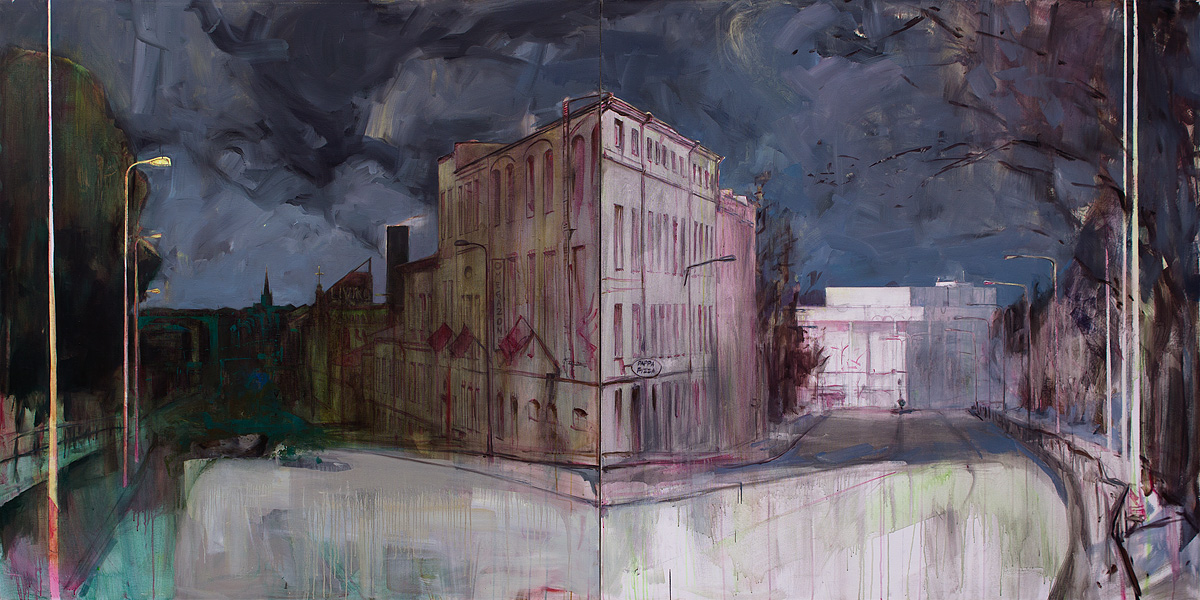 The series was exhibited at Estonian Academy of Arts’ graduation show TASE ’16: